Yoga: a five-thousand-year-old science that delivers what it promises.


Not happening for you?

The problem might not be yoga, but how you're accessing it. 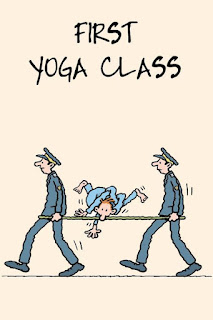 For some 5,000 years, if someone wanted to learn yoga, their chances weren't that rosy. When yoga came, it was usually through a divine revelation from one of the Hindu Gods. Shiva was the top bet. Students who were denied a visitation had to adhere to the adage: when the student was ready, the teacher appeared. If the teacher appeared, they were paid, not with money, but by the student’s diligence.

Four thousand one hundred years ago:


This worked well for almost 4,000 years and yoga remained pretty much the privilege of Indian born souls.

A hundred years ago


When foreign travel became more accessible, a few teachers sailed from India to the West with the knowledge they had collected from their gurus. Most of these yogis were overweight which made asana work a bit difficult. Thus, the bulk of their teachings were more philosophical than physical. Most Western adherents were elderly ladies and a few millionaires who wanted assurance there was something more awaiting them at the end of their earthly existence than the grave.


A few seekers who had nothing much to do with their lives turned their backs on materialistic Western Philosophy and traveled to India to sit in front of a cave of a yoga teacher for three weeks in the rain and cold. The chances weren’t always favorable. Most of them got colds. A few gained a smidgen of the knowledge they were searching for and returned to the West with a holier than thou attitude that kept yoga in the basements of churches and community centers.


A handful of hippies traveled to India and back again, bringing with them a new way of getting high which was legal and free. A few of them wrote books with photographs of unattractive women on their heads or handsome Indian men in g-strings with their feet folded behind their heads. Gay men became more interested in the practice and added these particular manuals to their collection of soft-core pornography.


With the advent of videos, hatha yoga took root in Western society offering a lazy alternative to Jane Fonda’s fitness programs. A few Hollywood stars jumped on the bandwagon and, with the help of their gurus, made videos (and a lot of money) for and from the growing number of devotees.


The shit hit the fan with the advent of a computer in every home. Failed dancers and aged hippies found lucrative careers by adapting standard practice to a style of yoga more in co-ordnance with a society now convinced there was a way to stave off old age and firm up their sagging asses.


As the gurus of our time gained fame and fortune by creating new names and styles for this four-letter word (that had survived on its own for over five millennials). Yoga became ever more accessible to the masses and people said it was good so. (If the forefathers of ancient science saw any resemblance to the yoga of 5,000 years ago was questionable.)


And, then came the advent of the Yoga Teacher’s Training. What used to take lifetimes to achieve was now obtainable in only a few months offering a bonafide license that allowed you to teach the sacred science of yoga. Hard to believe yoga had existed for almost 5,000 years without this kind of a license, but people were making so much money, no one bothered to ask if such a thing were ethical.


Five years later, the market was inundated with yoga teachers, all intent on finding a new name and slightly different technique to make their yoga that much more lucrative than the other.


When the tide turned, someone came up with the idea to give yoga retreats as a way of making money: two-week periods of time in far off romantic places where you could drink, have indiscriminate sex, and wash away any guilt feelings with a daily dose of yoga and meditation.
When that market was sated, the yoga retreats were transformed into yoga camps where one could vacation and fool around,  and, at the same time, obtain a teacher’s training certificate… or three.


Didn’t anyone notice what was happening to the original concept of yoga? If they did, they didn’t bother to make it public as they were too intent as they were trying to kick a dead horse before the carcass started to stink.

Quite suddenly, watered-down yoga teachers with an active left brain began instructing this ancient revered art on YouTube. For this, all you need to know is how to run a camera and upload the results. The only other prerequisites were a fabulous body, plenty of tattoos, the genetic ability to perform impossible to achieve yoga poses, and the willingness to show off as much flesh as legally possible.

But that's another story.

Yoga - Not always the best remedy

Intention and Hatha Yoga –
Become all you ever (consciously or unconsciously) dreamed about.


Fifty years of practicing Hatha Yoga had led me to an astounding conclusion: Yoga doesn‘t necessarily make you a better person. Further, I ‘ve observed that yoga does little to enhance spirituality in any way… unless that is your intention!


Having said that, Hatha Yoga has been one of the greatest tools to help me along the spiritual path and aid me in my eternal quest for my true and highest self. I come to my daily practice gratefully because it roots me in the present moment, helps me confirm I am so much more than just a physical being, grants me moments of utter ecstasy, eases aches and pains, deepens my breathing. Added to that, my personal practice helps me remain independent of the myriad of charlatans trying to convince the world their way is the only way to salvation. And, above all, it keeps my bowels moving regularly and freely.


But this was my intention. My intention wasn’t to have a drop-dead gorgeous body show off my tattoos, become the best yoga teacher on the block, or regain a full head of hair. Those would have been benefits for others. I do yoga for myself.


Without intention, Hatha Yoga is just another physical fitness craze that does little else than make you limber and strengthen your body.


Yoga intensifies and strengthens that which is already present. This means, if you’re a nice person and concerned about what’s going on around you before you start yoga, you become even nicer and more aware after your time on the mat. Or, if you’re pretty aware and spiritual to start with, chances are Hatha Yoga will enhance your consciousness no end.


On the other hand, if you’re a material asshole before beginning your practice, Hatha Yoga just might be the tool you’re looking for to aid you in your climb up the ladder of materialistic success.


It’s all about intention.

Morons just get louder and less likable than they were before. 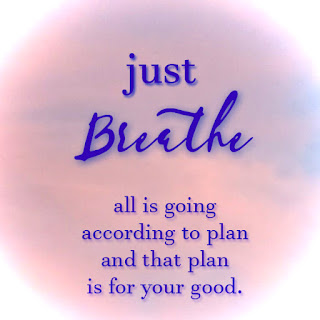